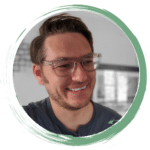 TED talks on YouTube are an easy, quick, and effective way to be a better dad in a god damn hurry.

What if you could watch a short video that could help you become a better dad?

What if that same video could improve your life and give you new ideas? What if that video was less than 18 minutes long? Sounds amazing, right?

Here’s how it works. My life is busy—I get to work early, leave late, pay for activities (pre-pandemic), prepare meals every night. I don’t have the time to read a book or a long blog post or even watch a TV show. I’m exhausted. But I do have 18 minutes. That’s all I need to learn something powerful and inspiring.

But here’s the problem, you can’t just plunge into watching TED videos. There’s a lot to choose from and every talk is, like, 20 minutes long. You need to know what you’re in for before you dive in.

TED Talks are amazing because the speaker is extremely knowledgeable on the topic and passionate about the subject. It’s usually their life’s work.

Integrating life and work is something of a theme here at Smartest Dad.

This is a rarity, and they inspire you to be comfortable in your own abilities. There is no learning needed, you don’t need to do research or look up additional information. You can just take the knowledge you receive from watching a TED Talk directly into your life and make a positive impact immediately. A TED speech won’t teach you how to do something, but it will inspire you to seek out knowledge that already exists which will prompt you to create change.

The average human attention span is roughly 18 minutes. Much less if you’re a toddler. After that you have to redevote yourself to whatever it is you’re paying attention to. That’s why TED talks are designed to come in under that mark. The whole story has to be told from beginning to end with a take away lesson in under 18 minutes.

It doesn’t matter who you are. A skateboarder or the Dali Lama, you’re getting 18 minutes to speak your peace. This time constraint is perfect for distracted dads who are struggling with keeping all the new plates in thier lives spinning.

Now, this list isn’t exhaustive, but it is a jumping off point for new dads to get into the universe of TED Talks. Here are the 7 best, must watch, TED talks on YouTube for new dads.

For dads of a certain generation, Rodney Mullen is a legend. He’s basically the pioneer in street skating. But beyond that he’s a generally fascinating human being. If you’ve ever seen an interview with him, it generally revolves around skateboarding, but it’s easy to see why the man is a legend. His mind works in deviously creative ways.

Creativity is one of the traits we all want to instill in our kids. Even if we don’t consider ourselves creative, we want our children to have that capacity. And they do. You do too. We spend so much time grinding at our day jobs that we forget how to be creative and begin to believe that we’re not cut out for it.

Rodney’s talk reminds us of what creativity really is, how to rekindle that passion in ourselves so that we can pass that down to our kids. Start early. It’ll take some time. Especially if you decide to do it on a deck.

Simon Sinek – Start With Why

They buy the why.

That simple idea blew my mind when I first heard Simon articulate it. It wasn’t that it was a new idea per se. But with a microphone, a pad of paper, and some scrawling handwriting, Simon made simple and direct the idea that had been causing so much of my career based angst.

Until we have our “why” defined, it matters not what we’re doing, how much we’re making, or the outward benefits we’re conferring. Why is the mass behind the gravity that draws your fans in. Everything else is sideshow.

I was first turned onto Jason Fried when, back in 2006, I didn’t want to go into the office anymore. I just didn’t see the point. We wasted so much time and were so unproductive that it just wasn’t possible to get any meaningful work done at the office. The office was great for the big planning and the strategic vision for our firm, but it was an abysmal place to get work done.

I got our firm to start using Basecamp from, at the time, 37 Signals. That company was founded by Jason Fried to make remote work a reality. He quickly became a thought leader in the space. Along with David Hansson he wrote ReWork: Change the Way You Work Forever; essentially the manifesto for remote work.

Seriously watch this video and tell me you’ll spend another minute in the office when you could be at home with the kids. Unless you want to be in the office for a break. The point is it should never be compulsory.

Cameron Harold – Let’s Raise Our Kids to Be Entrepreneurs

Being an entreprenuer isn’t something that comes naturally to me. Not because I lack the inherit traits to be good at it, but because I was never taught to be one. I’m of the generation that was taught that we kept our head down, earned a degree to show that we could complete something, and get a job. You know, millennials.

As the economy continues to struggle with the reality that a firm doesn’t have any type of loyalty to its workers and the country moves towards at-will employment, we should be teaching the next generation entrepreneurship. It doesn’t mean they have to be entrepreneurs, but they’ll have the skills should they want to use them. Much like we teach long division. You should be conversant.

The overlap between an entrepreneur’s skill set and those of a good parent are just too big to ignore. If you’re looking for a TED Talk on YouTube that’s a good primer for parenting and business, this is it.

Brene Brown – The Power of Vulnerability

TED Talks with Brene Brown are having something of a moment. She’s one of the best public speakers on motivation, mindset and confidence that you’re going to find anywhere. Certainly one of the top five you’ll find in TED Talks on YouTube.

Dads tend to be afraid of being vulnerable. It’s something that’s tied up in our masculine upbringing. Which, let’s face it, has had some significant consequences for society writ large. Which is a real shame, because there’s immense power in being a vulnerable parent.

We want our children to grow up to be caring, empathetic, generous people. That starts with our setting the example that have the capacity to be vulnerable ourselves. Will we get it right all the time? Of course not. But it’s worth remembering and checking in our vulnerability from time to time.

Imposter syndrome, especially for an introvert, is a strikingly demotivating force. It makes us want to curl up into little balls and avoid any type of interaction whatsoever. Every room you enter seems to evoke a “how the hell did I end up in here?”

The upside is that imposter syndrome is rather common. Up to 82% of people will report having experienced imposter syndrome at some point in their lives. The rest are just sociopaths. I’m kidding. But really, who doesn’t feel it? I’m not sure I’ve ever met them…

Its commonality means it is relatable. And any good sales person will tell you that anytime something is relatable, that’s an opportunity. Every dad knows he needs to work on overcoming his shortcomings before his kids get old enough to notice. If he doesn’t, he’ll never know how to handle a difficult toddler. Difficult teenager. And so on. Imposter syndrome is a good place to start.

Viola Gerlach – The Power of Taking Risks That Matter

It’s hard to act. It’s hard to wrest ourselves off the couch. Hard to make change. Especially during sleep regression. But risk researcher Viola Gerlach says we must do that, for ourselves and our posterity. I’ve heard that somewhere…

If you’re anything like I was, I was terrified when the doctor handed me my son for the first time. Paralysis. In an instant I realized how far behind the curve I was and how little of the homework I’d been doing. The whole thing seemed so abstract until this little tiny person farted in my hands while he and I were alone, a few minutes after his birth, in the delivery room.

I promised that day that I was going to do everything I could to be a better person so that I’d be halfway decent by the time he was old enough to be aware of it. TED Talks on YouTube have been a big part of that crash course in being a better person for me. I think they can be for you too.

Again, this list is not exhaustive and new talks are being added all the time. What are some of your favorite talks about being a better man? A better father? 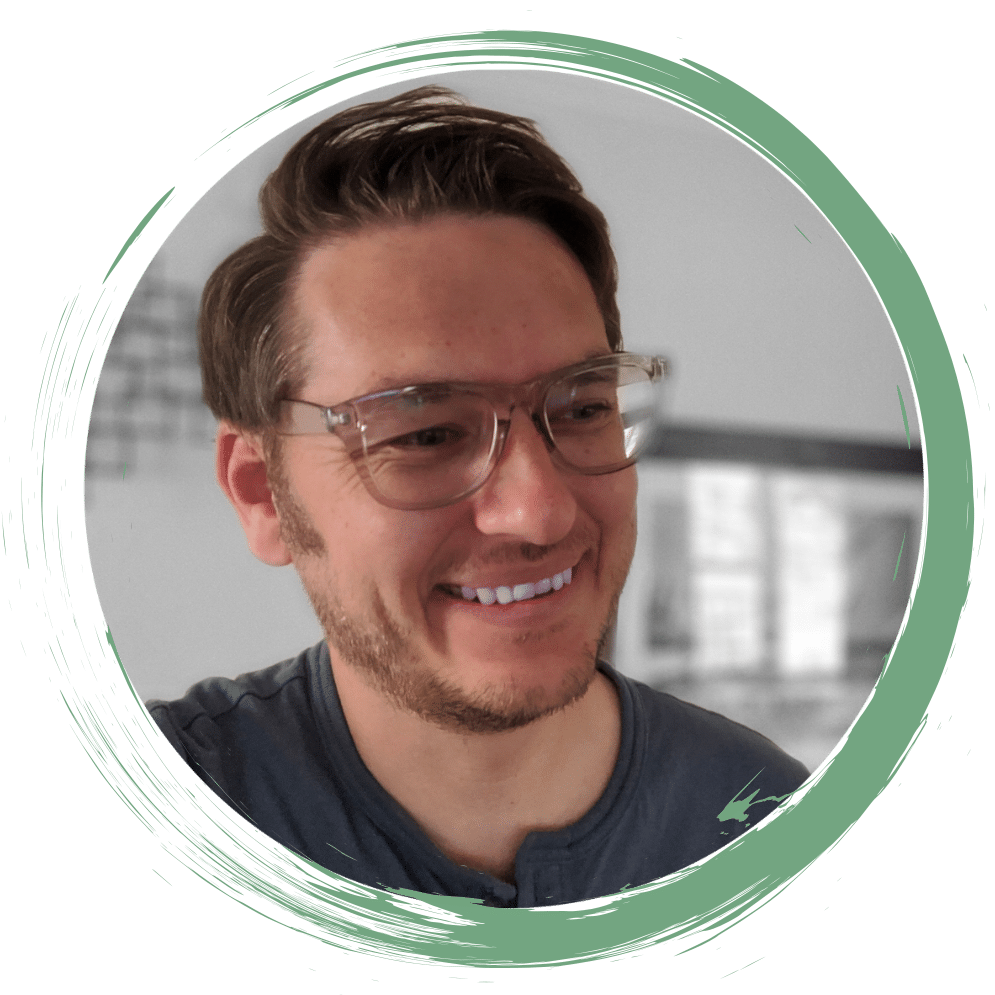