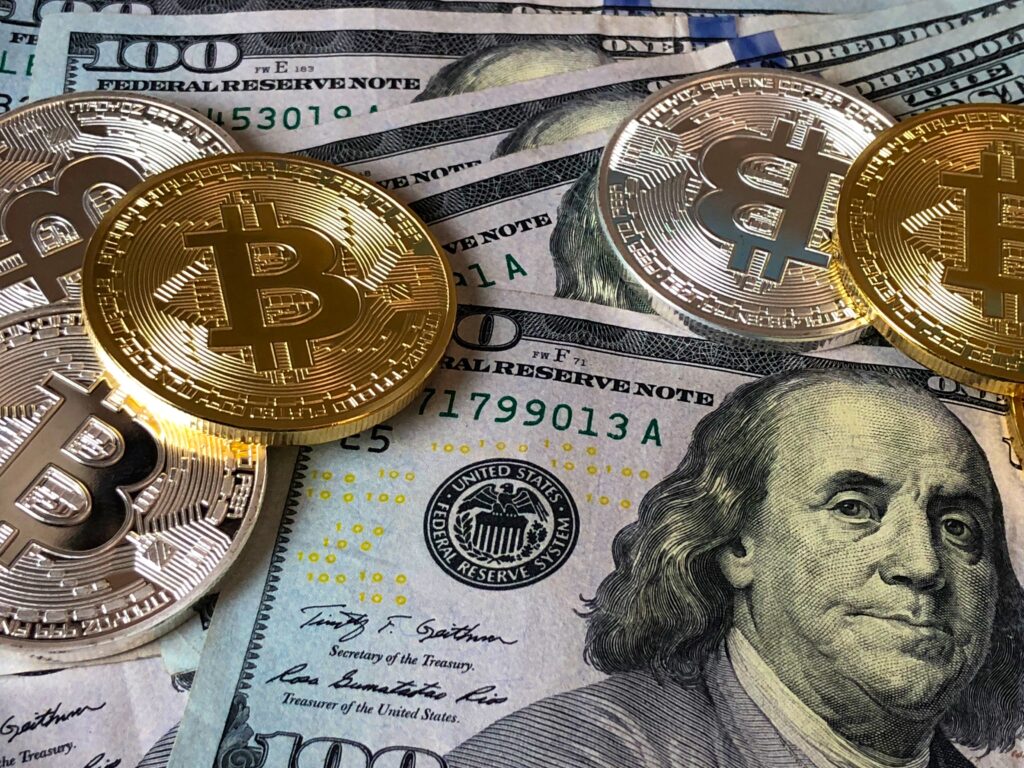 How To Create an Emergency Fund While Parenting9 min read

It’s 2020 out there folks. It could be the apocalypse. I just saw this really great examination that says our current president may well be the Anti-Christ. So there’s that. Now is not the time to be hopeful. It is the time to be pragmatic and realistic. Today we’re going to talk about a family emergency fund.

What is an Emergency Fund?

Well, a family emergency fund is exactly what you would think it is. It’s a specific pool of money that is set aside for a rainy day. Climate change may negate rainy days in the future, but if 2020 has taught us anything it’s that there are things we just can’t see coming down the pike.

Millions of Americans have been laid off, furloughed, or otherwise seen their incomes dry up as a result of the COVID-19 pandemic. That’s obviously bad and couldn’t be predicted.

But a 2017 survey by the Federal Reserve already found that 59% of Americans wouldn’t be able to cover an unexpected $400 expense with cash (or a cash equivalent whatever that is… gold maybe?). That’s a much more frightening statistic and it’s getting worse year over year.

A family emergency fund can help cover that car repair bill, a month’s rent, or that oh so fun root canal you’ve been putting off. Of course, these aren’t fun expenses, but what’s the alternative? In that same survey, 29% of those without the $400 said they just couldn’t pay the unexpected bill. That’s a very unstable way to live with the ones you love most.

These funds make your family more stable. A stable family is a happy family.

Plus, as a parent your number one job is to raise that little ape you made to independence. It’s a lot easier to do that if you yourself are not completely and totally financially dependent to Goldman Sachs.

How Big Should Our Family Emergency Fund Be?

Great question. I don’t know. Well, I do have some idea. It really depends on your current state of affairs. The best advice I’ve found is to have at least six months worth of your current average monthly budget. Nerdwallet reminds us that an emergency fund is money that is sitting in a relatively stable account, but it’s not earning gangbusters money. Anything over six months savings should probably go into some type of longer term investment where you can expect better gains.

Beyond six months budget you’re basically planning for the end of days. No one would blame you for doing that in 2020, but is American currency really going to save you? You might be better off reading this article on prepping.

Remember, you’re looking at the family’s average monthly budget over six months. Do you pay your car insurance monthly or biannually? Have you included property taxes in your monthly budget even if they’re paid twice a year? What about school tuition? The basic idea here is to add all your expenses for the year and divide by 12. Don’t forget to add in those oh so fun expenses that kids seem to incur.

A small extra bit for medicine, bandages, ER visits, and the like can be helpful. Altogether this makes a much more accurate sense of what six months of the budget would look like.

How Do I Start a Family Emergency Fund?

But you’re saying to yourself “I’m just getting by now paycheck to paycheck! How am I supposed to sock money away?” Again, great point. Don’t beat yourself up. None of this is your fault. The top 10% of Americans own 92% of the wealth in the stock market. This problem is systemic.

But that doesn’t mean we’re not all in that system having to make the best of it.

So how do you start saving?

Start With The Easy Stuff

I’ve always enjoyed the passive approach. Pay yourself first, and make sure you never see the money going to your emergency fund.

If you’re already using a debit card for purchases get yourself an account that rounds up to the nearest dollar and puts those extra cents into your savings account. So now your $3.84 coffee is four bucks, but you’ve saved that extra 16 cents for a rainy day. You won’t miss it today and you might need it later.

Have you actually checked your budget? I like Hamilton as much as the next guy. It’s pretty awesome (if flawed). But to watch it I need Disney+. Does our family really need Disney+, Hulu, Netflix, and Amazon Prime all at the same time?

Even if you just cancel one for one month and rotate what you watch, you can save $20. Once you do cancel a service, set up an automatic transfer of that same amount to your emergency fund.

Do it during the same session on the computer. Have both sites open at the same time, Hulu and your bank. Don’t ever let that money sit in your checking account. Cut your budget and move it to your family emergency fund automatically.

If I look around my house right now I see a lot of things that don’t spark joy. I mean, I just have a ton of what might rightly be described as garbage. But at some point I paid for it. Plus, as the saying goes, one person’s trash is another person’s treasure.

Find some things in your home that are taking up space and get rid of them. I bet the kids have toys they have completely forgotten about. Out of sight, out of mind! What about baby clothes? Those clothes and toys can be taken to a resale shop.

If you’re anything like our family you probably have kid stuff that’s still in the box. Either sell it or donate it.

Here’s funny story of success. I know a guy who paid years worth of fees for a storage unit of stuff he never intended to look at again. One day he cleaned it out, got rid of some junk, made a couple of bucks, and saved $100 a month that he could put toward his emergency fund. That’s a win.

Maybe you’re a cash family. At the end of the day do you have any change floating around in your pocket? Before you lose it throw it in a jar.

You’d be surprised by how quickly change adds up. It’s like a rounding debit card, but DIY! Have the kids roll the coin at some point and take it into deposit at the bank. It’s a math lesson and a financial win.

Where to Put the Family Emergency Fund?

Now you’re saying, “okay, I can do this. That’s a good idea. But where do I put this money?”

Again, it depends on your needs, your expectations, and your view of the world.

Our first two ideas rely on the federal government continuing to exist… a safe bet.

A savings account at a bank is a great way to build a family emergency fund. The account is FDIC insured up to $250,000. That insurance is backed by the federal government. Simple is a great choice here. They offer the rounding debit card and the savings account doesn’t offer bill pay.

This makes it easier to put money in, but slightly more difficult to take money out. That’s actually helpful here for impulse control. But, the low risk comes with low rewards. Most savings accounts have abysmal rates of return on your money.

The current inflation rate is around 2 – 3%. So you’re losing a little bit of money every day. But not as much as our next idea.

Cash is king. Right? Cash can grease all sorts of wheels in all sorts of situations. It’s always a good idea to have a workable amount of cash on hand. Our family emergency fund includes both a savings account and some cash around the home.

You never know when you might need it. Cash can get you a better deal on home services, auto repair, and other types of personal service. The biggest disadvantage to cash is that the return on your money is 0%. Can we do better?

A Certificate of Deposit (CD) is an instrument where you agree to deposit money for a particular amount of time between months and years, and it comes with a slightly higher return on the investment. Again, the money is insured by the FDIC so it won’t lose value other than inflation. But CD isn’t as ready money (liquid) as the previous two suggestions.

If you take your money out of a CD before the maturity date there is a penalty. Usually, this just means forfeiture of the interest accumulated, but it can involve a portion of the original deposit. My wife and I keep money beyond a couple of months savings in a CD. We call this our “blood money” in that we hope never to have to touch it unless we’re bleeding. But it’s there, in a guaranteed sum if we ever need it for an emergency.

Investment accounts normally bring a better return on investment but they’re a bad choice for an emergency fund. The whole point of the emergency fund is that it brings stability in times of financial crisis. If you get laid off during something like the 2008 housing crisis or the 2020 pandemic, chances are the market is going to tank (at least for awhile) right when you need that ready cash to make your house payment for example. Sure, invest money you don’t need guaranteed into an investment account, but steer away from these for money you can’t afford to lose.

What about the more exotic types of investments? These can be helpful in limited situations. I like to keep a small supply of semi precious metals around just in case. Silver and copper are good choices as they’re relatively inexpensive and would be useful if society fell apart. Bitcoin? Not so much. That relies on a highly regulated financial and computer system. If you’ve got that, then the currency of your choice is just as good. Plus you can’t spend bitcoin easily, so you’d have to convert it into a non speculative instrument anyway.

All in all, it’s great to have an emergency fund. But if you can’t put away months worth of money right away remember that something is better than nothing. If you can save up that $400, your family is better off than six in ten Americans.